We are sorry, this accommodation is not available to book at the moment

In ancient Rome, just a few metres from where the superb Palazzo Manfredi boutique hotel now stands, were four barracks, accommodations and a training school for gladiators fighting in the Colosseum. In 1937, the remains of the largest gladiatorial school were discovered, the Ludus Magnus, located at the foot of our hotel. Twenty years later, an archaeological dig was started, finishing in 1961.

The splendid building of the Palazzo Manfredi began life in the 17th century as the villa of the Evangelisti family, designed by architect Giovanni Battista Mola. It then passed to the Venerabile Confraternita della Ss Trinità dei Pellegrini e dei Convalescenti (Venerable Fraternity of the Holy Trinity of Pilgrims and Convalescents), as commemorated by the two stones on the façade.
The villa was completely rebuilt in the 18th century, becoming the hunting lodge of the noble Guidi family and, from 1748, this area was known as “Giardino Guidi”.

In 2002, the villa was purchased by Count Goffredo Manfredi, one of Italy’s most famous entrepreneurs and construction magnates and, thanks to him, Palazzo Manfredi, our superb luxury hotel, was born. In commemoration of the past, and of the distinction of the noble Manfredi family, you can still read today two Latin inscriptions on the turret, “Fortuna duce”, with fortune as guide, and “Virtute Comite”, with virtue as companion, quoting Cicerone’s famous maxim. 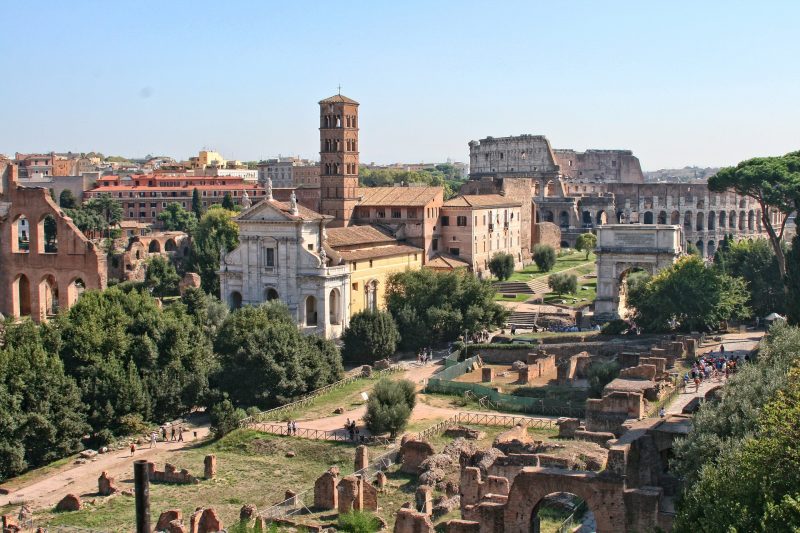 This website uses cookies to improve your experience while you navigate through the website. Out of these, the cookies that are categorized as necessary are stored on your browser as they are essential for the working of basic functionalities of the website. We also use third-party cookies that help us analyze and understand how you use this website. These cookies will be stored in your browser only with your consent. You also have the option to opt-out of these cookies. But opting out of some of these cookies may affect your browsing experience.
Necessary Always Enabled
Necessary cookies are absolutely essential for the website to function properly. These cookies ensure basic functionalities and security features of the website, anonymously.
Functional
Functional cookies help to perform certain functionalities like sharing the content of the website on social media platforms, collect feedbacks, and other third-party features.
Performance
Performance cookies are used to understand and analyze the key performance indexes of the website which helps in delivering a better user experience for the visitors.
Analytics
Analytical cookies are used to understand how visitors interact with the website. These cookies help provide information on metrics the number of visitors, bounce rate, traffic source, etc.
Advertisement
Advertisement cookies are used to provide visitors with relevant ads and marketing campaigns. These cookies track visitors across websites and collect information to provide customized ads.
Others
Other uncategorized cookies are those that are being analyzed and have not been classified into a category as yet.
SAVE & ACCEPT
Получить предложение по Учебе в Италии
Получить предложение по Мероприятиям
Получить предложение по Отелям
Получить предложение по Круизам
Сделать запрос на Индивидуальный Тур
Сделать запрос на Групповой Тур
Запросить Трансфер